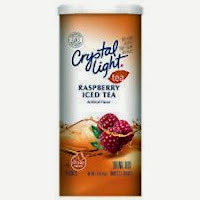 Each canister of Iced Tea contains 6 (1.6 oz.) tubs of iced tea mix.
This recipe makes two jugs of Bellinis, peach in one and raspberry in the other.

Posted by Chumkie at 9:43 PM No comments:

Choice of
Peach and Raspberry Bellinis

Posted by Chumkie at 9:07 PM No comments:

Posted by Chumkie at 8:42 PM No comments: 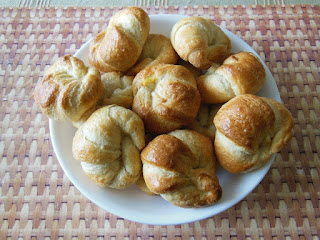 1. Bring onion, carrots, celery, mushrooms, broth and butter to a boil.
2. Stir in stuffing, remove from heat, cover and set aside for 10 minutes.
3. Fluff with fork and serve.
Posted by Chumkie at 8:19 PM No comments: 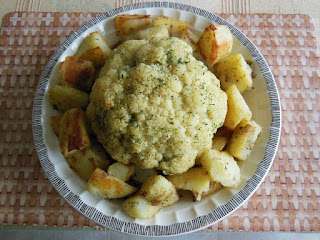 Cauliflower and potatoes are blanched and then roasted. The ranch dressing can be replaced with 2 Tbsp. tandoori masala and 1/4 cup plain yogurt for an Indian touch.

Posted by Chumkie at 8:00 PM No comments: 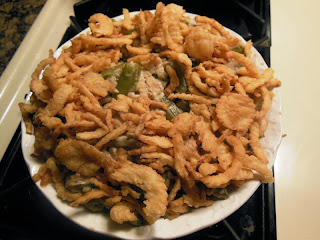 Posted by Chumkie at 7:34 PM No comments: 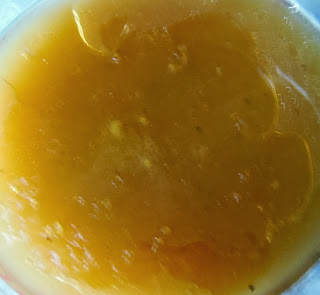 Directions:
Posted by Chumkie at 7:09 PM No comments: 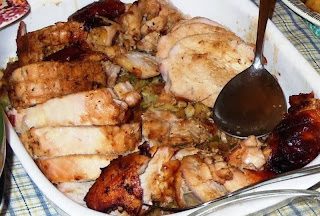 I've lived in the US for 31 years and served Thanksgiving Dinner to our family and friends for 27 of those years.  Preparing this dinner became much less intimidating when my husband and I discovered these boneless breasts of turkey.  Prior to that, roasted chicken was the entree of choice in our home, instead of turkey, at Thanksgiving. Each de-boned turkey breast is rolled around the dark meat of the rest of the turkey, with the skin covering the top of the roast and the entire roast is then trussed, tied and frozen, ready for baking, after thawing. With each slice of the cooked roast, each guest gets a sampling of white and dark meat.  This boneless breast of turkey is seasoned and marinated the same way as the Big Bird and is a success with very little effort!

My fear of the Big Bird developed the very first year we immigrated to Canada  in 1977.  My first job was at a car parts supplier in Toronto where, at Thanksgiving & Christmas, the President and CEO of the company personally handed a frozen turkey (mine was 14 lbs.) to each of his employees.  We lined up in the cafeteria to receive this great honor.

Toronto has a robust public transportation system and having just arrived in the country, I took the bus to and from work the first couple of years.  Well, that evening, armed with my handbag and this clumsy and heavy bird, I got on the bus and put the turkey down to get out the bus fare.  Meanwhile, the bus driver started driving and to my horror, the bird rolled all the way down the center aisle and landed at the feet of the passenger way down at the end of the bus!  Everyone laughed until they cried, but I was very embarrassed.

When I got home, I had no idea what to do with the horrible bird.  Thankfully, my Canadian sister-in-law came to the rescue and made Thanksgiving Dinner for us that year.  When the bird was again presented at Christmas and for the remainder of my employment at that company, I gifted the Big Bird to any colleague who would have it.  Yes, there were a lot of takers who were surprised by my generosity.