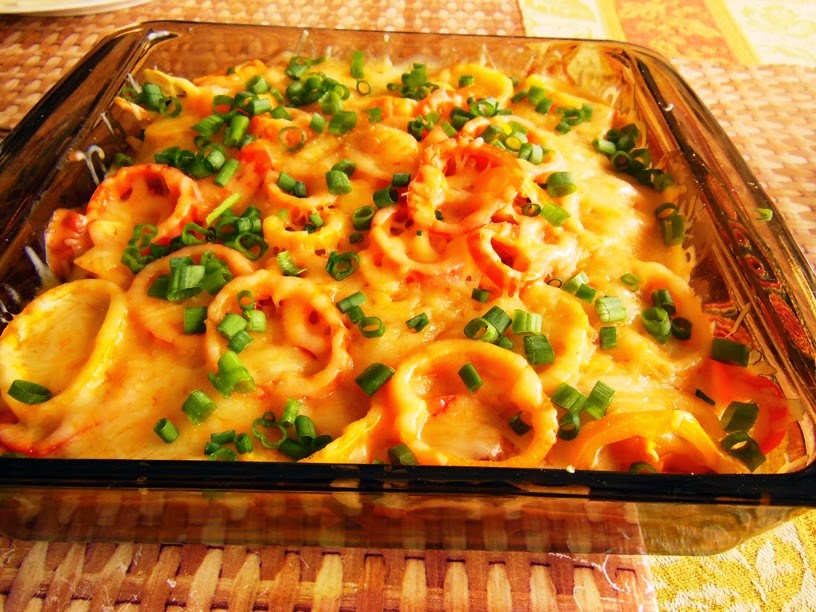 Campbell's Kitchen sent me an eMail with the intriguing caption of 'Chicken Dinners in 3 Steps or Less!' Their recipe of the same name caught my eye. It was a cinch to make and delicious to eat! However, I had to adapt Campbell's recipe to the ingredients that were on hand. These ingredients have been provided below in the order in which they will be layered into the casserole dish.

Fenugreek greens are frequently available at their peak of freshness in Indian grocery stores in my neck of the woods. I picked up two bunches that had roots in tact which had to be rinsed thoroughly in water to get rid of the grit that were clinging to the roots. The roots were removed, the greens chopped and the whole lot dumped into a sink half-filled with cold water. Once the sediment settled at the bottom of the sink, the greens were collected from the surface and stir-fried immediately.

Lentil dumplings, known as 'Bori' in Bengali, are small stupa-shaped mashed and sun-dried lentils flavoured with asafetida and seasoned with salt. They are deep fried until golden brown and soaked in hot water to soften. Since some of the flavour leaches into the water in which they are soaked, I save this soaking liquid and add it back into the dish that is being prepared, to maximize on the taste. 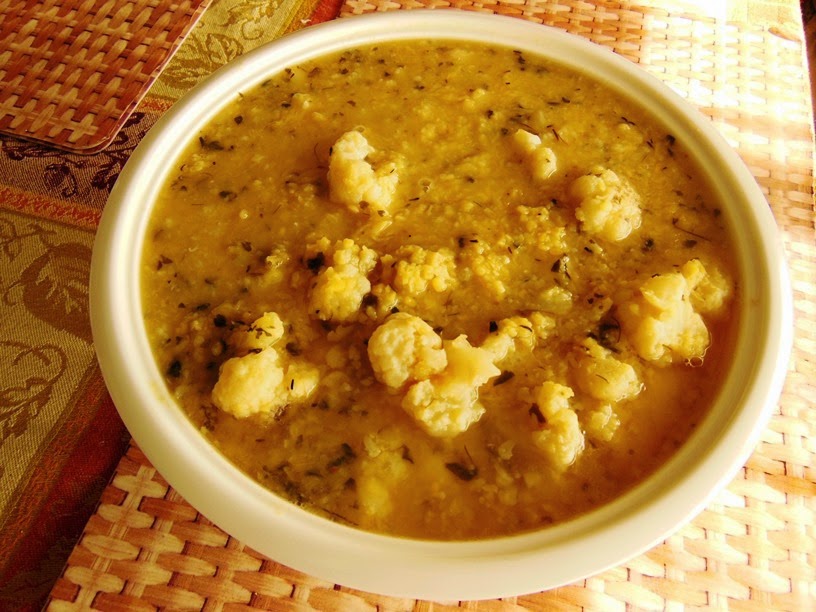 I took one of Mum's recipes that was served when we had guests for dinner and took it up a notch with the addition of dried fenugreek leaves (kasuri methi). This gives a depth of flavour to the lentils that is hard to resist!